Some wildlife from the Badlands in South Dakota… 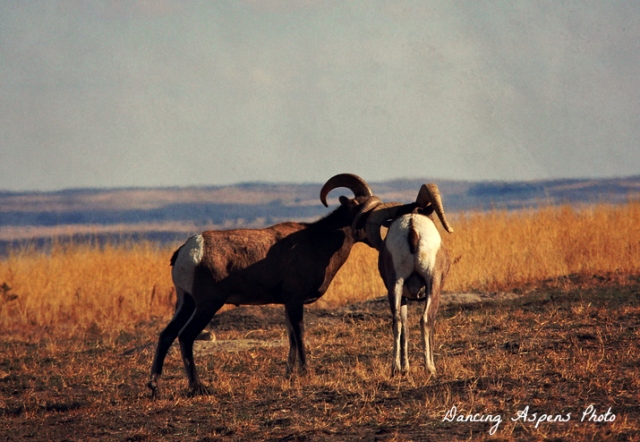 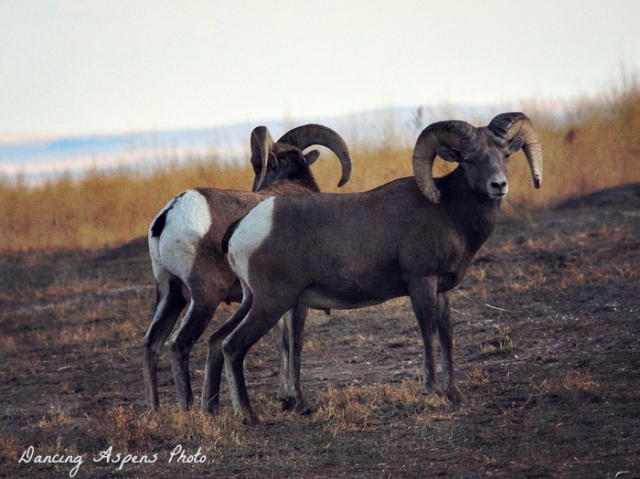 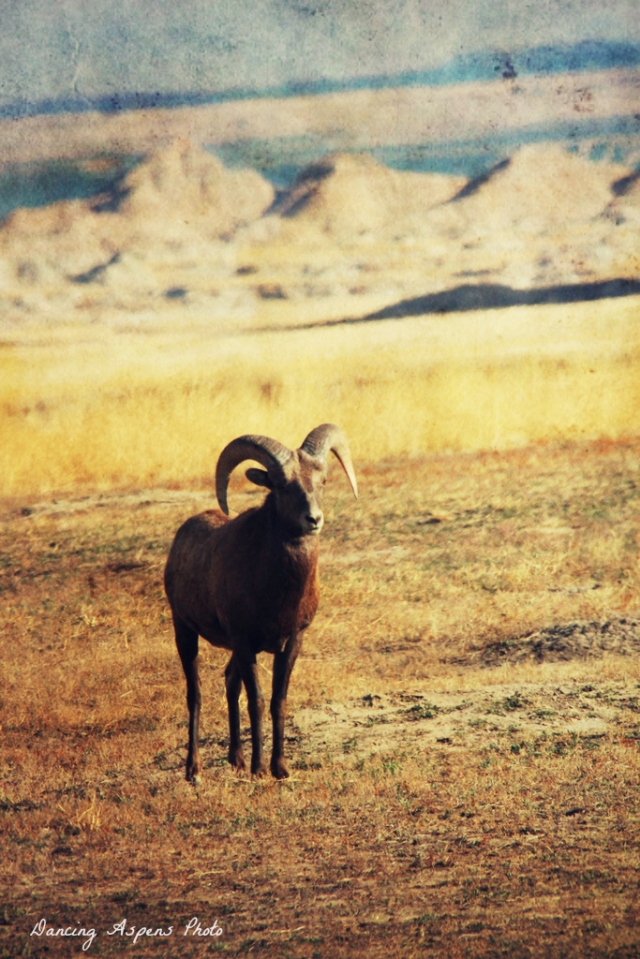 Bighorn males, called rams, are famous for their large, curled horns. These impressive growths are a symbol of status and a weapon used in epic battles across the Rocky Mountains. Fighting for dominance or mating rights, males face each other, rear up on their hind legs, and hurl themselves at each other in charges of some 20 miles (32 kilometers) an hour. The resounding clash of horns can be heard echoing through the mountains as the confrontation is repeated—sometimes for many hours—until one ram submits and walks away. The animal’s thick, bony skull usually prevents serious injury.

A Rocky Mountain bighorn ram’s horns can weigh 30 pounds (14 kilograms)—more than all the bones in his body combined. Females (ewes) also have horns, but they are of smaller size.

Rocky Mountain bighorns inhabit the mountains from Canada south to New Mexico. They are relatives of goats, and have balance-aiding split hooves and rough hoof bottoms for natural grip. These attributes, along with keen vision, help them move easily about rocky, rugged mountain terrain.

Wild sheep live in social groups, but rams and ewes typically meet only to mate. Rams live in bachelor groups and females live in herds with other females and their young rams. When fall mating arrives, rams gather in larger groups and ram fighting escalates. Usually only stronger, older rams (with bigger horns) are able to mate.

In winter, bighorn herds move to lower-elevation mountain pastures. In all seasons, these animals eat available grass, seeds, and plants. They regurgitate their food to chew it as cud before swallowing it for final digestion.

Lambs are born each spring on high, secluded ledges protected from bighorn predators such as wolves, coyotes, and mountain lions—though not the golden eagles which target lambs. Young can walk soon after birth, and at one week old each lamb and its mother join others in a herd. Lambs are playful and independent, though their mothers nurse them occasionally for four to six months. 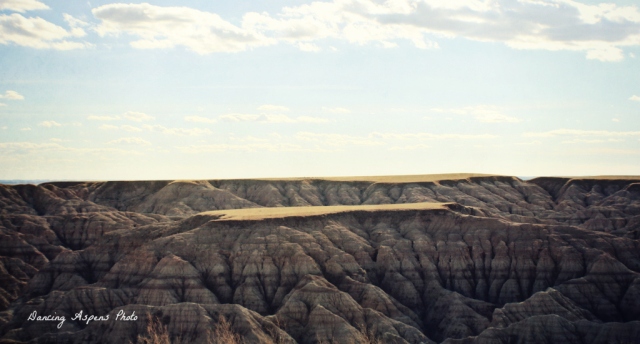 Plus a little Badlands landscape…