We still have about 17 ewes to lamb, give or take a few depending on how many of the yearling ewes caught last fall.  This lambing season has just zoomed on by and we’re about done!

Precious little ewe lamb, she weighed just 2.5 lbs when she was born.

Handsome ram lambs, out of Louise. 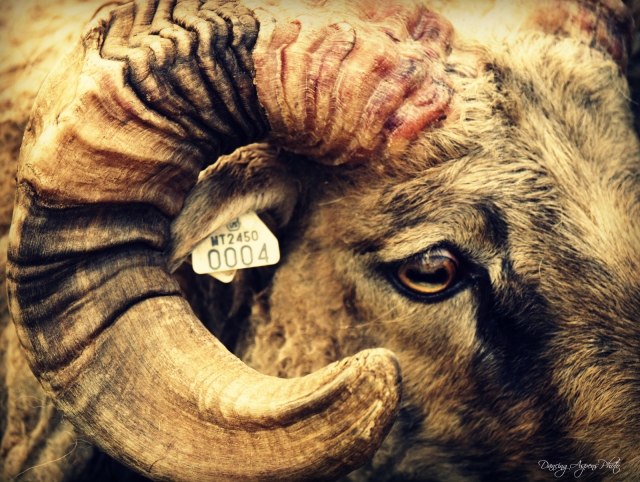 Handsome Reykur, lambs will be coming from his pairing soon.

Protector of the flock 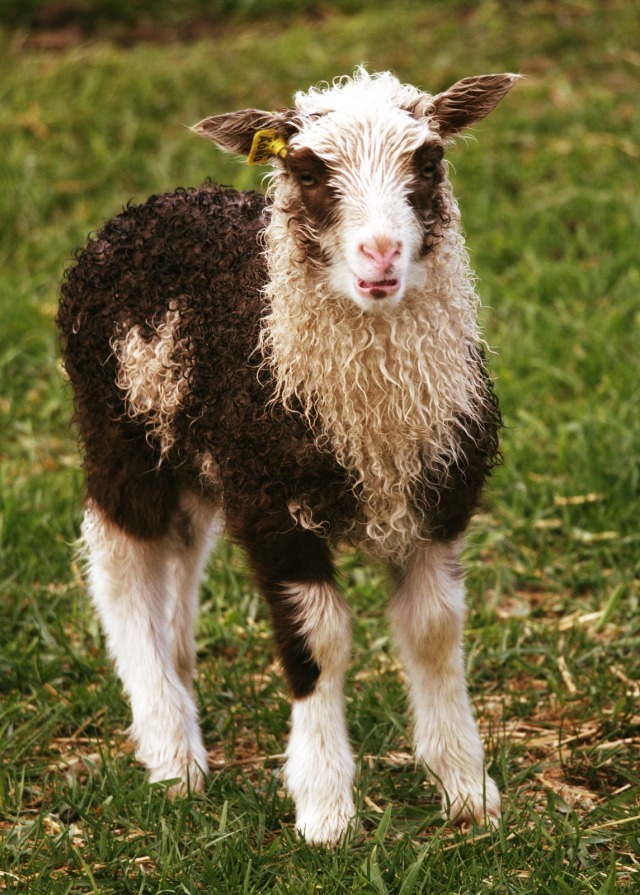 And the chicks are even growing and in their big chicken feathers now. 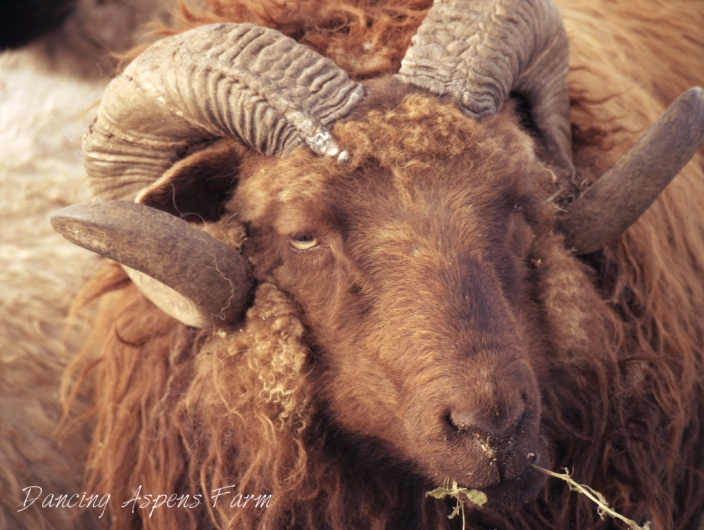 These are our farms handsome horned rams.  We breed for correct conformation, meaty build, horn-set and temperament.  The rams we use come from milky ewes, that raise quick-growing lambs.  Most of our rams have luxurious, soft fleece.  We over-wintered about 30 rams and will most likely keep the ones, here on this page and will be offering a couple of them for sale later this year.  It isn’t the final cut yet, as we will reevaluate everyone after shearing and get a hand on them.

I have three rams below that need names though… I would love your input   🙂    Last year was our “E” year, so I would prefer names that start with E.  Thanks! 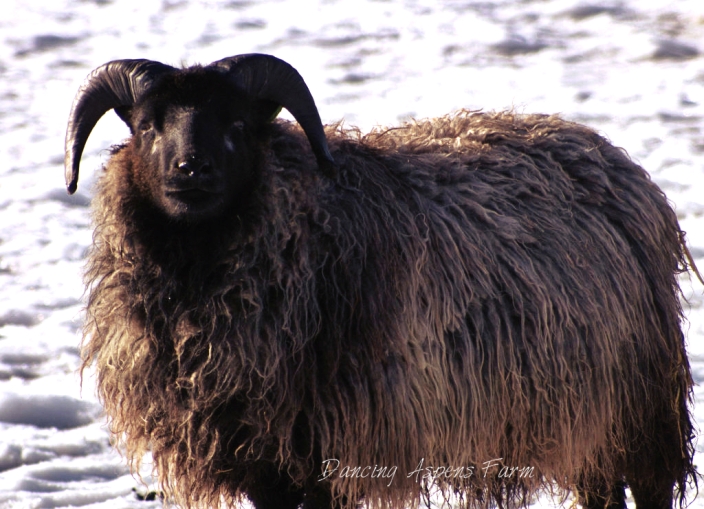 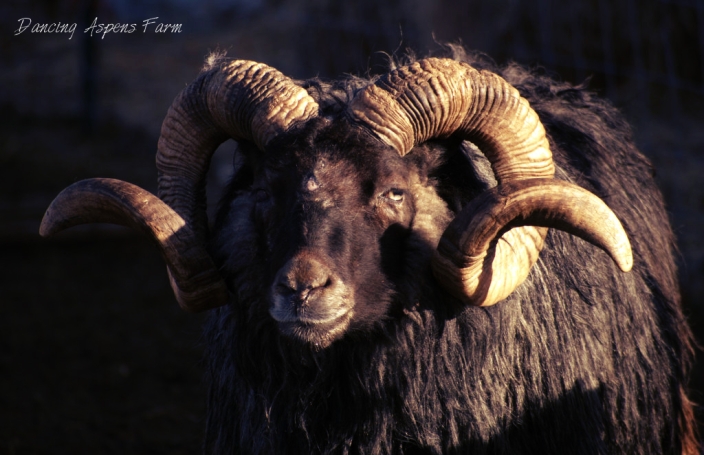 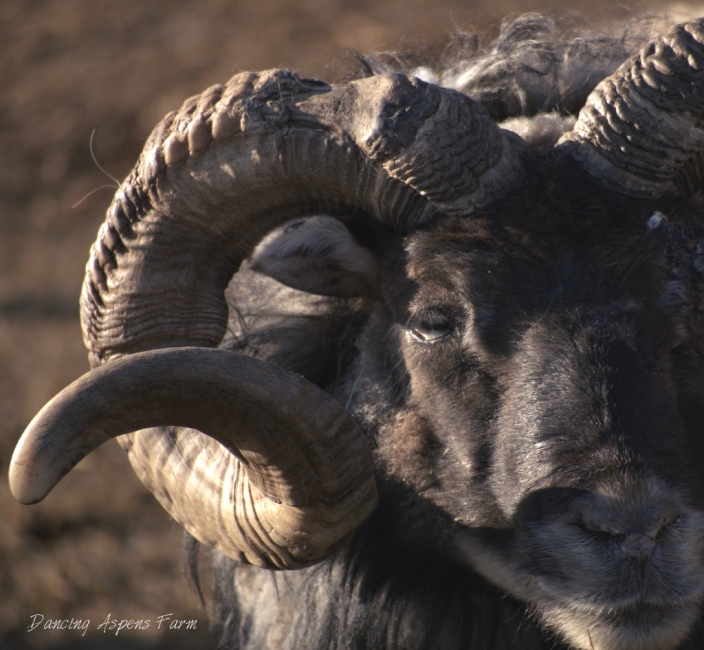 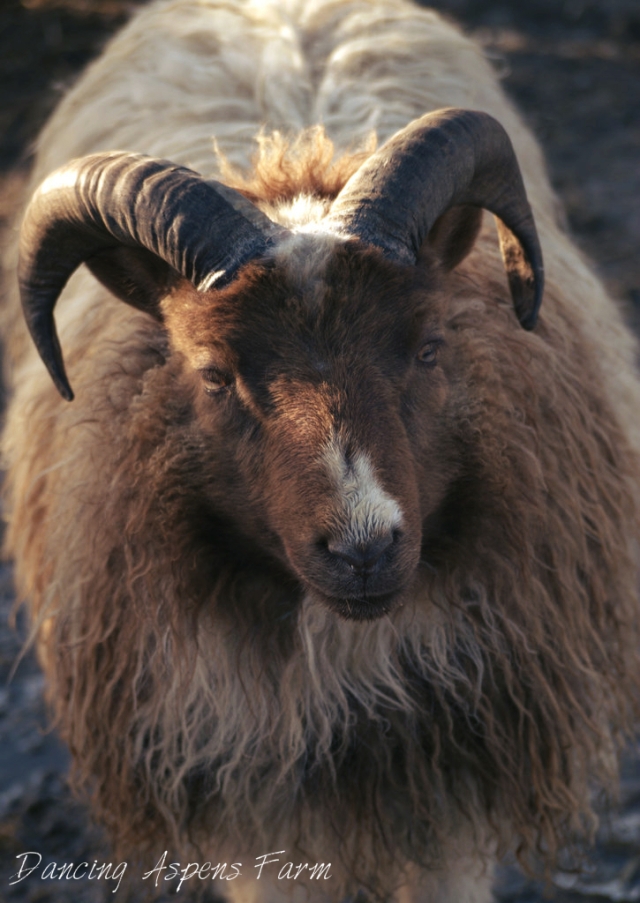 I always hate days like today.  It is the worst part of being a shepherdess.  My beautiful red-headed ewe, Esja had to be put down. 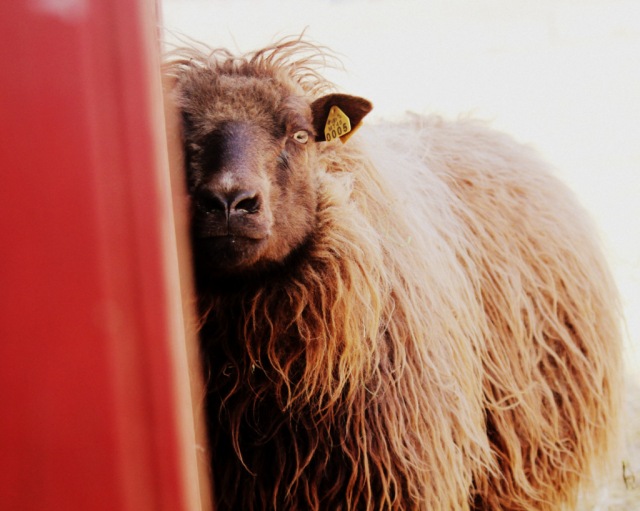 Esja was one of our foundation ewes.  She was a heavy milker, consistently produced twins that were quick-growing. 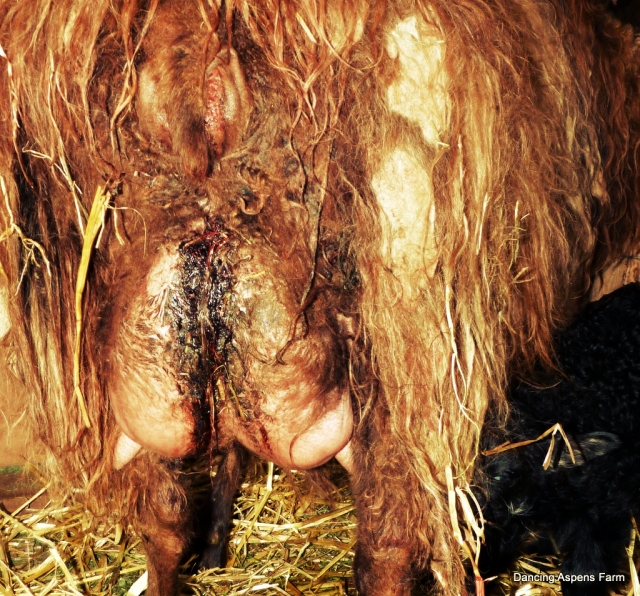 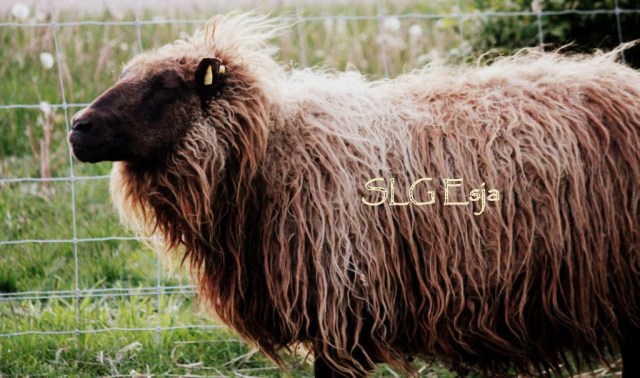 Her moorit fleece was always one of my favorites, she always captured everyone’s attention.  Instead of being  just brown, it took on an almost red sheen.

Last year Esja was Artificially Inseminated with ram semen we imported from Iceland.  She gave us a handsome, stout ram lamb, Ever.

She had slowly been losing teeth and had a couple of long teeth that made it difficult for her to eat, despite the vet floating them several times and being on a special diet to help her try to maintain her weight.  She will be missed as she was a wonderful mother and very friendly, good-tempered ewe. She would come up to look for treats, she even stole an Oreo from Hayden one time. 🙂 She left us with her handsome Bogi son, Ever, who carries moorit, hopeful the same beautiful shade she was.

Her funny sheep antics will be missed. 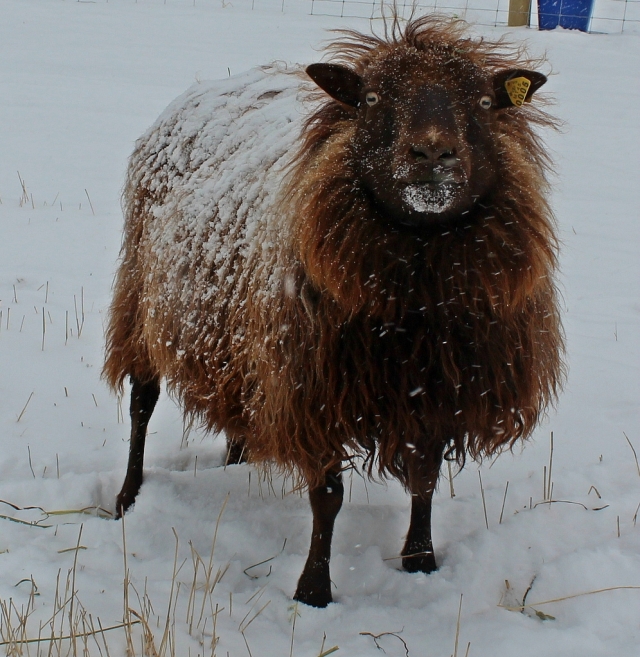 Linking up with Wordless or not so Wordless Wednesday:

and Live and Love Out Loud