Saturday night we received a bit of rain and awoke to smoke-free skies.  Sunday afternoon we took a drive to through Glacier Park.

Clouds rolling across the valley on Going-to-the-Sun Road… 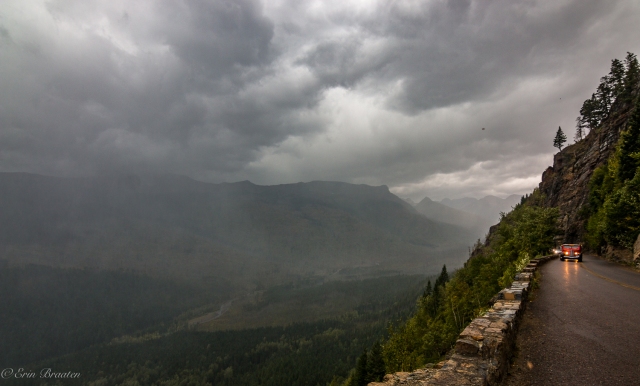 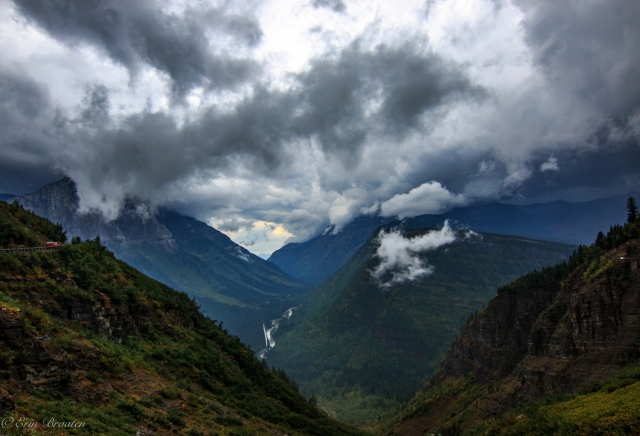 Soot from the Reynolds Creek Fire, running off in the rain onto some red rocks.. 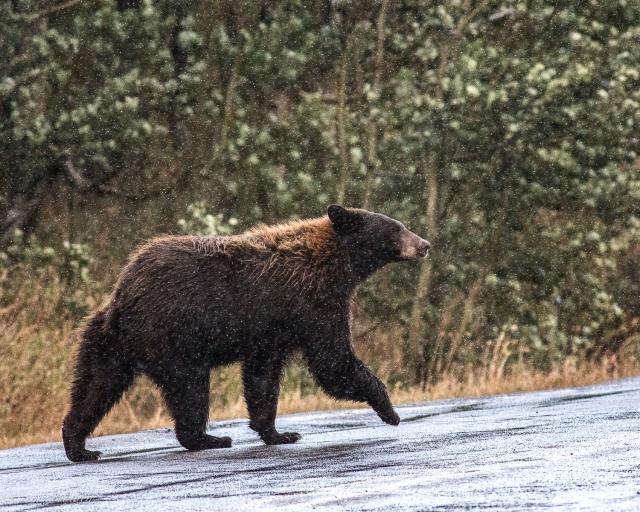 We ended up enjoying our day in the rain. Normally, we would have been a bit bummed to spend the day in the rain but with the wildland fires and evacuations going on, smokey suffocating skies and how badly we need the rain this year, it really was a great day.  Kind of funny how a different perspective on things can change an attitude.  Skies have been without smoke all week, even though we still have the majority of the fires burning and we are suppose to be getting more rain, maybe even some snow in higher elevations throughout the weekend.  🙂

With fires surrounding us in NW Montana our days and nights are filled with smoke.  Smoke so thick you can’t see the mountains, hills or even neighbors houses at times.  The kids have been cooped up inside because of air quality alerts because of the smoke like the following…

An Air Quality Alert means that particulates have been trending
upwards and that an exceedance of the 24 hour National Ambient Air
Quality Standard (NAAQS) has occurred or may occur in the near
future.

Particulate levels from local and regional wildfires are Unhealthy
to Very Unhealthy across all of western Montana.

When air quality levels are Very Unhealthy… the Montana
Department of Health and Human Services recommends that people
with respiratory or heart disease, the elderly and children should
avoid any outdoor activity. Everyone else should avoid prolonged
exertion.

When air quality levels are Unhealthy… the Montana Department of
Health and Human Services recommends that people with respiratory or
heart disease, the elderly and children should avoid prolonged
exertion. Everyone else should limit prolonged exertion.

For more information… visit the Montana Department of Environmental
Quality at http://www.todaysair.mt.gov.

We all have soar throats, coughs, sneezing, headaches, etc from the smoke.  It’s been quite depressing and even claustrophobic in being in this blanket of smoke.  While we are not directly in the paths of fire ourselves, there have been several mandatory evacuations in some the towns in NW Montana due to the wildfires getting close to homes and towns.

I have always tried to find the beauty in each day and lately it seems to be hard to find as everything is dried up, dead and smoke filled… but it’s still there if you look for it… 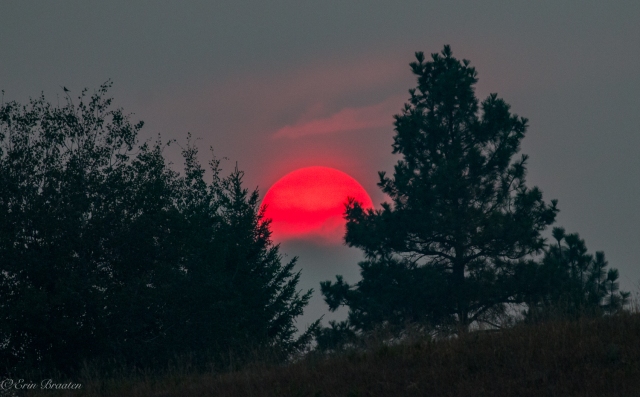 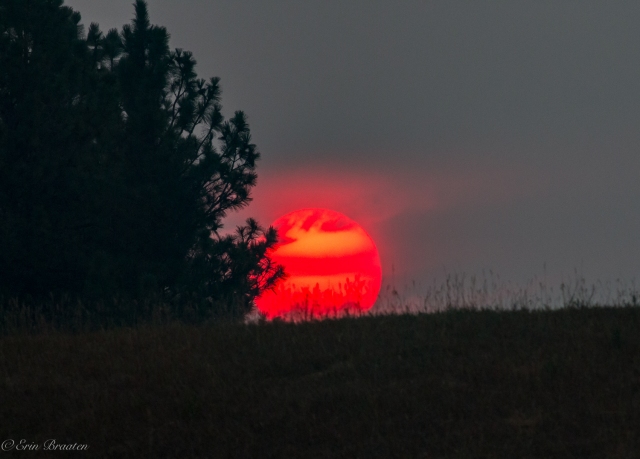 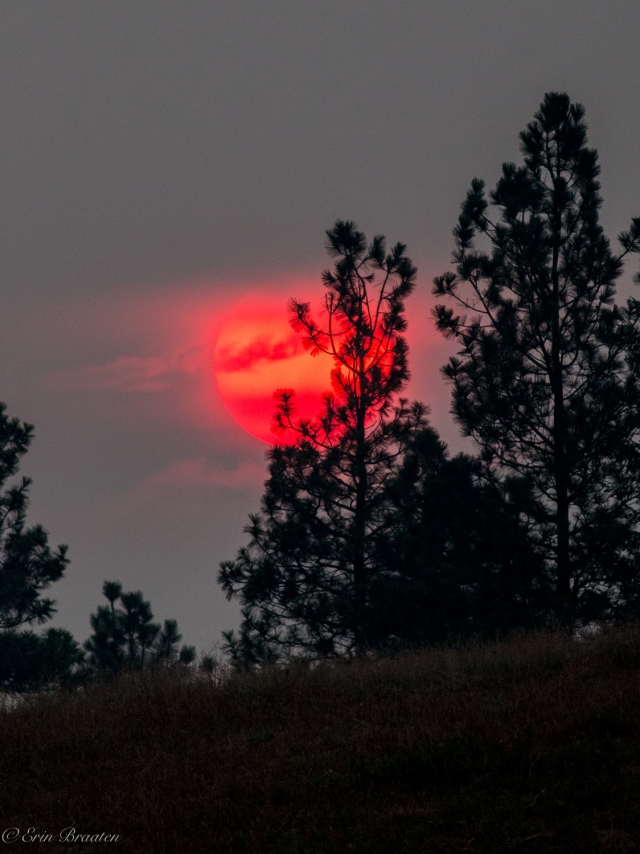 Pray for rain and the safety of our wildland firefighters (my brother is one!)

More brilliant sunsets here..hopefully your not too tired of them.   Must be because of the fires??  Please keep my brother in your prayers~for his safetey as he fights fire in California. 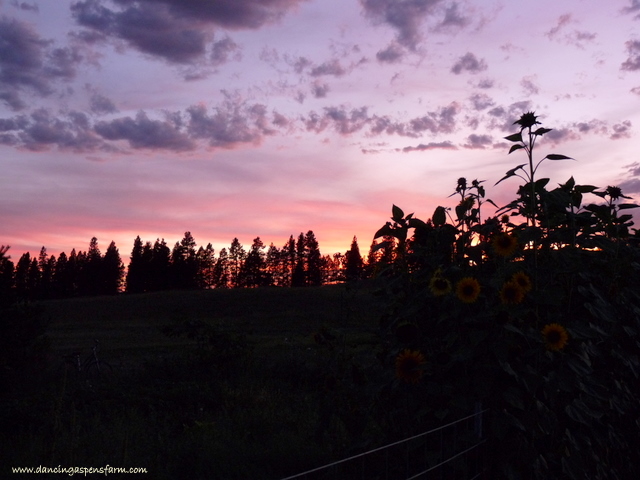 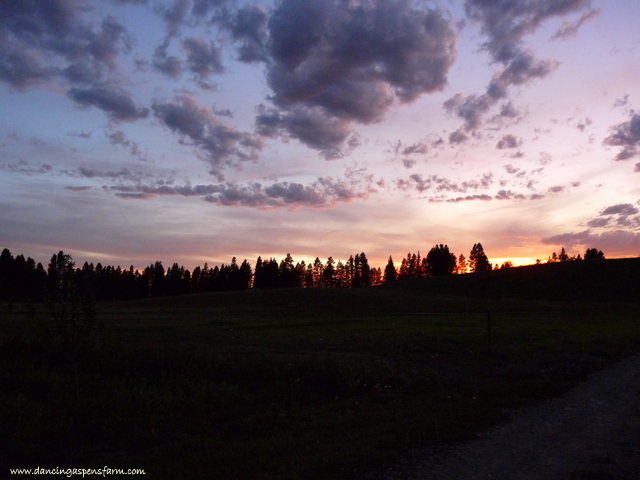 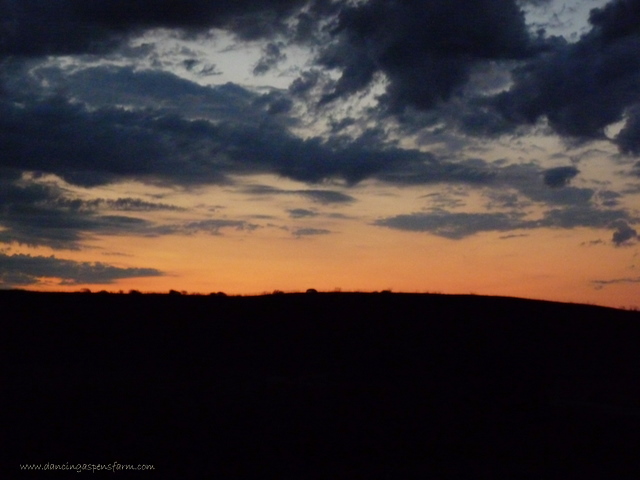 Hope you all have an enjoyable holiday weekend!

I’d like to take a moment and wish a happy belated birthday to my little brother, Beau.  He is a Hot Shot on the Hungry Horse Fire Crew and out fighting wild land fires now, carefully I’d like to think anyway!   ;0)  I’m hoping this year is better than last year for Beau… 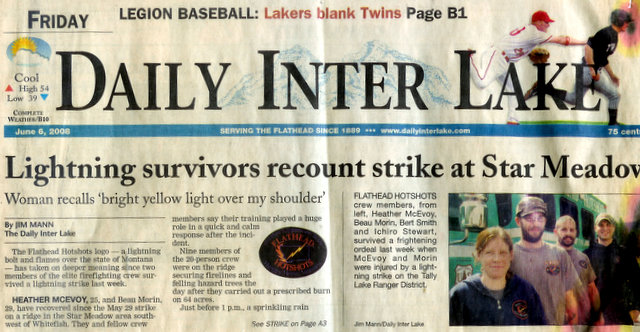 The article can be found here…

The Flathead Hotshots logo — a lightning bolt and flames over the state of Montana — has taken on deeper meaning since two members of the elite firefighting crew survived a lightning strike last week.

Heather McEvoy, 25, and Beau Morin, 29, have recovered since the May 29 strike on a ridge in the Star Meadow area southwest of Whitefish. They and fellow crew members say their training played a huge role in a quick and calm response after the incident.

Nine members of the 20-person crew were on the ridge securing firelines and felling hazard trees the day after they carried out a prescribed burn on 64 acres.

Just before 1 p.m., a sprinkling rain quickly turned into a heavy downpour and then hail.

“There was a little rumbling and I saw a downstrike” on a ridge not far to the northeast, said Bert Smith, the ranking supervisor that day. “It all happened really quick.”

Martin immediately told crew members to start hiking out, a distance of about a quarter mile to where their Flathead Hotshots rig was parked.

McEvoy and Morin were at the rear of a group of four people, walking near a large larch tree.

Morin said there was a thundering concussion, and the lightning charge arched from the larch to a smaller fir tree nearby. He tried to get up quickly to help McEvoy, who was on the ground screaming, but found that “the whole left side of my body was numb.”

McEvoy said she remembers “a bright yellow light over my shoulder. I knew it was lightning. I thought I was done. I thought they were going to be doing CPR on me.”

She quickly realized that she was fine from the waist up, but from the waist down she was numb. The numbness faded, she said, and was replaced with a sharp, pulsing pain in her lower right leg.

She found that she hadn’t suffered any actual burns, but she had swelling and discoloration in her lower leg and foot.

“I was on borderline shock,” she said. “I was crying one second and laughing the next.”

One crew member in the group, Ichiro “Ichi” Stewart, is a trained emergency medical technician who raced to help McEvoy and then radioed for Smith, who was at another location on the burn, about a half mile away. The call for help was quickly relayed to the Flathead dispatch center in Kalispell, and the ALERT helicopter was called in from Kalispell Regional Medical Center.

Once they learned that it involved Flathead Hotshots crew members, he said, there was deep concern.

Smith said the crew, which is accustomed to reacting as a team in high-stress situations, responded quickly and with composure. While Stewart carried McEvoy out of the woods on his back, Morin walked, and other crew members gathered up gear. Smith handled communications.

It took about 40 minutes from the time of the lightning strike to the time McEvoy was aboard the helicopter and in the air, Smith said. Morin was transported by ambulance and both were released from the Kalispell hospital that night.

“We’re like brothers and sisters. We take care of each other,” Smith said.

The Flathead Hotshots crew was formed in 1965, and is one of 93 “Type I” firefighting crews across the nation. 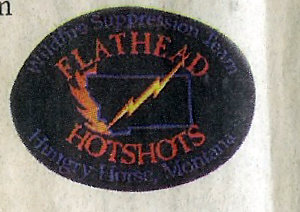 Picture of Heather and Beau...

(Sorry the picture is a bit runny, the article has been hanging in Sawyer’s room for the past year ;0)

“We’re like brothers and sisters. We take care of each other,” Smith said.

This is so true.  Everyone of the people on his crew hung around the hospital until they were both released, taking turns to visit and check in on them.  You could tell their concern in just they way they talked…it was too neat to know that they all looked out for each other and to know they would take care of their fellow firefighter!

At this time I was very pregnant with Zayne and my blood pressure was up a bit so on a whim I had stopped by the medical office where my mom works to recheck it.  It was literally minutes earlier that mom had received the phone call about what had happened to Beau and that he was just being transported to the hospital.  It was so completely nerve racking waiting that half hour, wondering what his condition was like.  As the article stated the quick action of those around him was where a lot of thanks belongs.  The ordinary people just doing their jobs…and doing what is right…thanks guys!

Later we found out that after he had been struck and Heather was flown out by helicopter that he hiked the distance back out to where the rig was to await the ambulance…what a guy!  Or maybe a ding-dong!!  (I can say that cause I’m his sister, right? ;0) 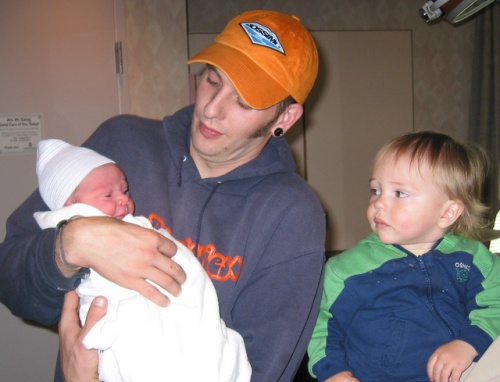