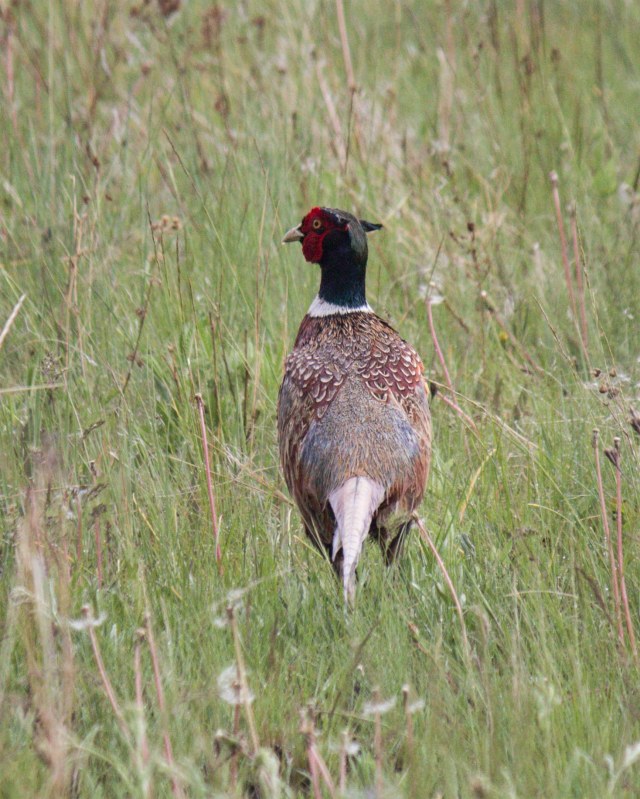 Male Ring-necked Pheasants establish breeding territories in early spring. A male maintains sovereignty over his acreage by crowing and calling; he approaches intruders with head and tail erect, and may tear up grass that he then tosses. Competitors sometimes resort to physical combat. After a series of escalating threat displays, fighting cocks flutter upward, breast to breast, and bite at each other’s wattles. They may take turns leaping at each other with bill, claws, and spurs deployed. Usually the challenger runs away before long, and these fights are rarely fatal. Females assemble in breeding groups focused on a single male and his territory. The cock courts the hen with a variety of displays—strutting or running; spreading his tail and the wing closest to her while erecting the red wattles around his eyes and the feather-tufts behind his ears. He also “tidbits”—poses with head low while calling her to a morsel of food. A female may flee at first, leading the male on a chase punctuated by courtship displays. Males guard their groups of females from the advances of other males. Like many birds, Ring-necked Pheasants take frequent dust baths, raking their bills and scratching at the ground, shaking their wings to sweep dust and sand into their feathers, lying on their sides and rubbing their heads. Dust-bathing probably removes oil, dirt, parasites, dead skin cells, old feathers, and the sheaths of new feathers. 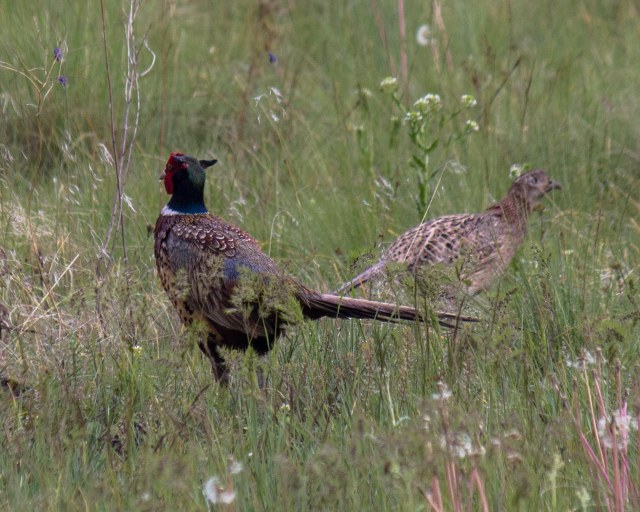 2 comments on “All Dressed Up…”